The Tōkaidō Shinkansen is the world’s busiest high-speed rail line. Carrying over 151 million passengers a year, it has transported more passengers than any other high speed line in the world. ( over 4 billion people! ) Between Tokyo and Osaka, the two largest metropolises in Japan, up to thirteen trains per hour with sixteen cars run in each direction with a minimum headway of three minutes between trains. Now that’s what I call efficiency.

Japan’s new “Hayabusa” bullet train can travel at up to 186mph and features a luxury business class carriage. Japan Railway plans to push the speed past 200mph in the near future, making it the fastest train in Japan. I was the Lead 3D Modeler on this project. I was tasked to rebuild the Hayabusa train model based on CAD and engineering blueprints. I was responsible for modeling the train exterior, interior, and full CG environments for the end transition shots. 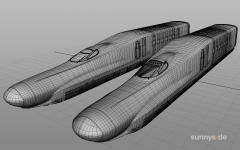 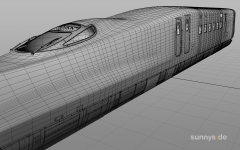 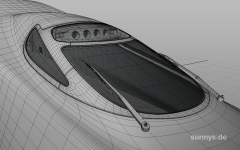 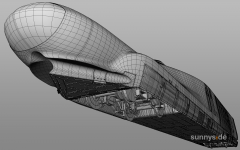 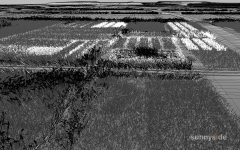 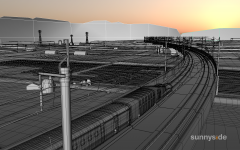